10 Reasons To Love $1 Beer Night with The Cyclones 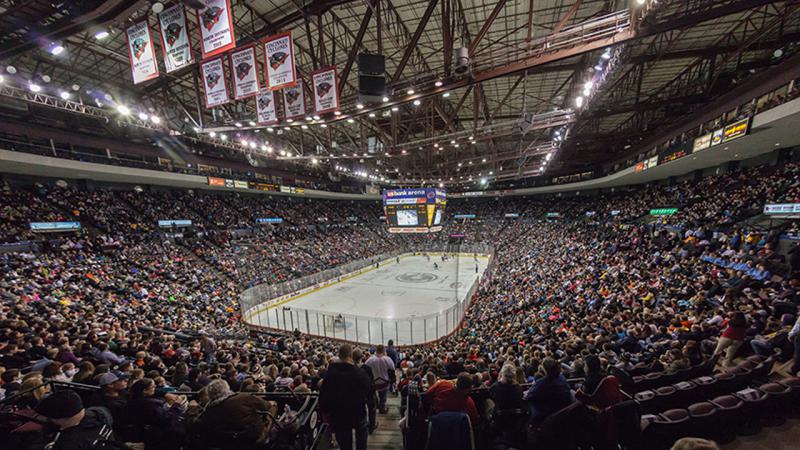 The Cincinnati Cyclones are a minor league hockey team in Cincinnati, OH and you need to make your way to one of their games immediately. We know what you’re thinking; Why make the trip for a minor league team? Well, let me give you 10 reasons you should bring your whole crew to a game.

$1 Beer Nights mean something special to those of us that have found minor league hockey, BEERAMIDS! Drink until your heart is content & then work together with your fellow man (and woman) to build the tallest beeramid in the venue. Act fast because these beeramids all come crashing down after the second period so we can focus on the final period while pondering how to construct a stronger/taller beeramid at the next game. 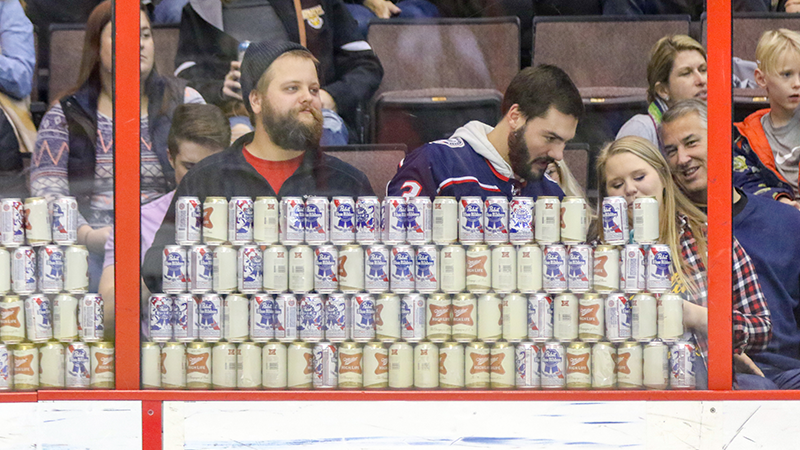 Tickets are only $18 and there’s promotions galore such as the Family Four Pack. For a low price of $77 you get four tickets, four hats, and four chicken sandwich coupons. Even if you decide not to go for one of their awesome packages, the food is inexpensive (and beer is only $1)!

Who doesn’t love free things? This team comes just short of giving away the deed to the venue with all of their giveaways. When you register an account on the app, you get a free hat! You can also get a free puck when one comes hurling at your face at 116 mph.

Honestly, the best part of hockey is anxiously waiting for the zamboni driver to resurface the ice. And now, you can be a part of the action as you personally take a ride on the ice monster itself for the low price of $10. How cool is that?

Ever get so angry or even happy that you just want to throw something, but rules and social expectations prevent you from living your best life? Well now you can throw out the rule book! Literally! Parents and kids alike will love chuck-a-puck as you get to throw pucks on the ice in the name of charity! You also get to win some cool prizes if you can manage to hit the target.

While the players take a break, enjoy human hamster balls where grown adults voluntarily run into each other and fall to the ground as they resemble a turtle on its back. Honestly, watching these people run around the ice and tackle each other is better than the actual hockey game.

Tired of another disappointing season from a Cincinnati sports team? Then come watch a Cincinnati who consistently wins championships and other awards all while staying out of the taxpayers pocket.

Did we mention beer? The best part? It’s $1! Crack open a cold one as your children watch grown men fight over a piece of rubber.

Ever wonder what a Cincinnati infused pig mascot would look like! Wonder no more as you introduce the little ones to Puck Chop, the lovable pig of the Cyclones. Slightly unnerved by a pig with large teeth? Meet Twister! This unruly mascot loves kids and brings a whirlwind of fun.

None of this quite tickle your fancy? What about themed nights then? Watch as Batman takes on the Joker during our DC Night. Or have fun as you watch Spiderman do his spider thing during the action-packed Marvel themed weekend. Not into superheroes? Don’t worry, there’s also Princess Night, Star Wars Weekend, WWE Night, and my personal favorite, Pups N Pucks. Who doesn’t love hot men with puppies? And what kind of heartless monster denies their child a chance to watch Weiner dogs race? There’s a night for everyone, so come have fun!

So there you have it. If you’re still on the fence about going to a game, you’re just in denial about how cool everything sounds. But if you need a little more convincing, check out the Community page and see just how much they benefit their neighbors. See you at the game!

Click here to learn more about $1 Beer Night this Wednesday!